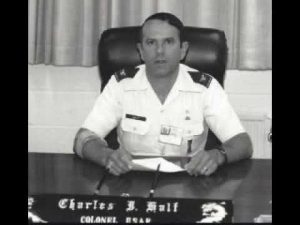 When most people think about UFO sightings and their documentation, it is in visual terms and in the form of photograph, film or video.  There are several cases, however, that were documented and archived as audio recordings.  Two famous examples are the1965 recordings from Edwards Air Force Base made during an incursion of 12 UFOs and a recording made by Lt Col. Charles Halt as he investigated the 1980 occurrence in Rendlesham Forest.  Within recent years, the FAA, despite its history of being uncooperative with researchers, has released numerous recordings between control tower operators and pilots.  What’s special about these audio recordings is that they bring you into the event as it unfolds and you get to experience the first hand emotions of the witnesses.

Though all of the above examples are worthy of a thorough, individual recounting, there is an extraordinary tape from 1994 recorded by the Liberty Township 911 dispatch center in Trumbull County, Ohio.  The center covered a vast area and was responsible for fielding emergency calls and dispatching emergency and police personnel.  On duty the night of December 15, was police officer, Roy Anne Rudolph. Just after midnight, Rudolph received a call from a man who reported a strange object in the sky that was descending at an angle with what looked like flame coming from its rear.  Thinking this might be a plane in distress, Rudolph alerted the other officers manning the center that there might be a possible crash emergency.  Then three more calls came in from the same area, around a residential road called Sampson drive, including one from a woman describing a large hovering light over her property. This moved the situation away from being a crash incident and they were now dealing with a UFO. 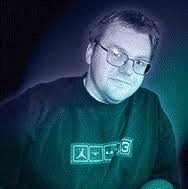 In addition to the calls from concerned citizens, a woman from the local news station called saying she had received a call from a woman describing a large blue/green object hovering approximately 50 feet above the ground while making no noise.  Rudolph questions why aliens would want to visit Liberty saying, “there’s no intelligent life in Liberty.” Because there was now media scrutiny hanging over their heads, Rudolph chose to contact a trusted officer and friend, Toby Meloro using her mobile phone and have him check out the reports.  As he was headed out to the area of Sampson drive, Rudolph was hopeful that he’d come back with a mundane explanation.

Meloro drove to the area and was stopped in the street by a man who had also seen a large light in the sky and Meloro assured him that he would check on it.  Meloro then saw a light himself and reported over the radio that he was observing it and was attempting to get closer to it.  As he drove, his car suddenly shut down along with his radio.  While attempting to restart the car a huge, red light shone down on him that lit up the area as “bright as daylight” and it seemed to be coming from a structured object that was silent and “as large as a football field.”  The object then moved away from him heading south and as it did, his car and radio came back on.  He heard his call sign, 998, being called out by Rudolph, who had become concerned after he had failed to respond and he picked up the radio to let her know that he was again operational.  He then told Rudolph that he needed a moment to collect his thoughts and this indicated to her that he had experienced something profound.

As the object moved south, officers from other towns, who had been monitoring the liberty transmissions, began to see the object for themselves and did their best to get as close a look as possible.  The object is consistently described as being low to the ground and there is a mention of its being obscured by a tree line.  In subsequent interviews, Rudolph estimates that there were 14-15 officers who had sighted the UFO that night and that they were all “freely discussing it on their channels.”  One officer, Lt. James Baker, climbed part way up a radio tower and observed three objects changing colors from red to yellow to green to blue.  He would later say that all three objects changed colors simultaneously.  An officer observing through binoculars describes a structured object and one mentions that there is a parachute like appendage with a red light hanging down from it.  Again, what’s special about the recording is that, in listening, you can experience this night first hand and feel the excitement and wonder of those involved.

The episode and the tape would have gone unnoticed by the UFO community were it not for the efforts of researcher, Kenny Young.  Young, now deceased, was a Cincinnati investigator looking into a case reported by Leonard Stringfield involving a lime green ball of light that crashed to the ground in Liberty, Ohio witnessed by the Chief of Police and recovered by a team from Wright-Patterson Air Force Base.  Young called an operator and asked for the number of the Liberty Police Department and was mistakenly given the number of the Liberty Township Police Department.  Upon contacting the department, Young asked about a UFO incident and was told that the episode he was asking about was two years old and was given some details.  He made more calls over the next two weeks, put the story together and realized that he was investigating the wrong case.  He posted a report on his website while at the same time, staff at the 911 center became interested enough to make an inquiry, found the date from a gag headline created by one of the staff and then found the tapes.  Having seen Young’s report, someone from the center mailed him a compiled version of the tapes and sent him an email telling him to check his mailbox.

The case was brought to the attention of the general public by being included in the 1999 NBC television presentation, “Confirmation: Hard Evidence of Aliens Among Us” and Young appears as the principal investigator.  The film-makers present an accurate account but there are a couple of things they got wrong that have made their way into many internet accounts of the case.  First is the incorrect spelling of Sampson Drive as “Samson Drive.”  Next is the account of Lt. Baker climbing to the top of the radio tower, whereas he can be heard on the tape saying he’d only climbed three stories because of the cold.  The film-makers also got creative with their editing.  On the tape, after describing the three UFOs, Baker describes lights from planes and then says he sees more lights that might be something else.  Baker says, “Oh, please be a plane.” which is used in the movie for dramatic effect but what they leave out is Baker reporting with relief that what he was seeing was indeed a plane.  It was the style of the time to throw a skeptic into the mix and the skeptic they chose for this case was James McGahe.  McGahe makes the ridiculous assertions that Meloro had seen a fireball and that his car stalling was a coincidence.  McGaha goes on to say that what the other officers were observing was a star, low on the horizon, scintillating and changing colors.

Despite the show’s shortcomings, having the officers involved describe the events on camera and in uniform is amazing and adds validity to the claim that what they’d experienced was indeed extraordinary.  But even without their testimony, what was captured on tape should convince most that there are strange things in our skies that defy explanation.  Kenny Young died after a long battle with leukemia in 2005 at age 38 but to have unearthed such an amazing documentation of police involvement with UFOs is a legacy of which many ufologists can only dream.  A picture is worth a thousand words but a thousand words of public officials on tape can be worth more than a picture.