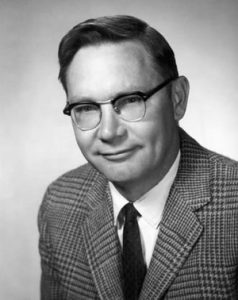 By coincidence, two UFOlogists who studied mass sightings by school children ended up dying an untimely death.  One was John E. Mack, an Ariel School sighting researcher who was hit by a truck in London in 2004 and the other was James E. McDonald who researched the Westall sighting in Australia and took his own life in 1971 in Tucson, Arizona.  Both were reputable scientists with careers in psychiatry and meteorology respectively and both suffered attacks on their credibility due to their pursuit of UFOlogy.  Due to different public attitudes towards UFO research during their times, Mack was able to withstand an investigation by the Dean of Harvard Medical School which threatened his position there and write best-selling books on the abduction phenomenon, whereas McDonald endured multiple threats to his career, funded his own research without book deals and was publicly humiliated at a congressional hearing.  Still reeling from this he received the blow of his wife’s request for a divorce, which seems to have led to his suicide.

McDonald, born May 7, 1920, was one of very few scientists of his time who were willing to go on the record and advocate for the extra-terrestrial hypothesis as an explanation for UFOs.  He had a PhD from Iowa State University, taught at the University of Chicago and then the University of Arizona where he helped establish a meteorological and atmospherics program.  His interest in UFOs started with his own sighting in 1954 while driving in Arizona with two other meteorologists.  What was seen was a less than dramatic distant point of light but the fact that three scientists who specialized in atmospheric observation were unable to identify it signaled to McDonald that there was a need for a focus on “the UFO problem” by the scientific community.  He began investigating on his own and joined the National Investigations Committee on Aerial Phenomenon.  After interviewing between 150 to 200 witnesses from 1956 to 1966 in his home area of Tucson, Arizona he was, in his own words,”far from overwhelmed with the importance of the UFO problem.”  His attitude would change in 1966, sparked by a sense of betrayal felt by himself and many other investigators, witnesses, and members of the general public.  This was brought on by the growing realization that the U.S. Air Force investigation into UFOs had become nothing more than a public relations campaign designed to downplay and debunk as many incidents as possible.

In March of 1966, there had been widely publicized reports of sightings in Michigan.  At a press conference held at the Detroit Press Club, J. Allen Hynek offered the infamous “swamp gas” explanation that not only exposed the Air Force to criticism of its scientific methods but angered Michigan Congressman and House minority leader, Gerald Ford who stated before the House that, “the American public deserves a better explanation than that thus far given by the Air Force.”  Ford requested that an investigation into UFOs be held by the U.S. House Armed Services Committee and a hearing was scheduled that April.  Encouraged by this, McDonald joined with other scientists, including Hynek (whom he never fully forgave for his role as Air Force debunker) to urge the federal government to create and fund a scientific study of UFOs.  This led to the creation of the University of Colorado at Boulder study headed by and named after committee chairman, Dr. Edward Condon.

McDonald enthusiastically offered his services to the committee and although he was denied a position he was still able to contribute.  It soon became apparent that Condon was biased against the need for UFO studies and a rift formed between those who agreed with him and those who didn’t.  McDonald formed alliances with the dissenters and one of them presented him with what is now known as the “Trick Memo.”  The “Trick Memo” was written by committee member, Dr. Robert Low, and discusses the issue that taking on the project would hurt the scientific credibility of the University and scientists involved.  The problem of refusing the study was that the University would lose status and favor in political circles that would be appreciative of their service.  The memo gets its name from this sentence: “The trick would be, I think, to describe the project so that to the public, it would appear a totally objective study but, to the scientific community, would present the image of a group of non-believers trying their best to be objective, but having an almost zero expectation of finding a saucer.”  McDonald released the memo and this enraged Condon to where he unsuccessfully tried to get him fired from his tenured University of Arizona position.  Significantly, the memo demonstrates the fear most scientists felt when confronted by the subject and puts McDonald’s bravery and integrity into perspective.

By the time the report was released in 1969, its credibility was already in question but this didn’t prevent the Air Force from using its finding that UFOs did not warrant further study to shed the burden of being the reporting center for UFOs.  McDonald wrote many detailed criticisms of the study, gave a well-regarded speech before the American Association for the Advancement of Science in defense of his views and continued his own research on his own time.

It was also during this period that McDonald began a correspondence with skeptic, Phillip Klass.  What began civil ended up becoming vicious.  Klass believed that all UFO reports had prosaic explanations and was a proponent of the ball lightning explanation for some sightings.  McDonald, being an atmospheric physicist, disagreed and the argument escalated.  McDonald, meanwhile, managed to secure funding from the Office of Naval Research to study cloud formations in Australia.  In his spare time he investigated UFO reports there including the 1966 Westall incident which involved a group of students and teachers who witnessed a classic flying saucer and were promptly silenced by the school’s headmaster.  An interview with radio show host, Barry Jones, reveals that McDonald was there from June 24 to July 10, 1967.  His trip had been cut short due to Klass’ accusation that he was using government funds for unauthorized UFO research.  Although the ONR and U. of A. came to his defense, saying his investigations were on his own time, Klass argued that at least some of the money was being used improperly and this embarrassed the ONR to where they pulled McDonald’s funding.

Throughout his UFO involvement, McDonald made many persuasive speeches arguing against discounting the extra-terrestrial hypothesis.  He spoke before the American Meteorological Society in 1966, the United Nation’s Outer Space Affairs Group in 1967 and the House Committee on Science and Aeronautics in 1968.  It was this very public, on-the-record stance on UFOs that would later cause him to be publicly mocked before Congress in 1970.  McDonald was one of several atmospheric physicists offering testimony in opposition to the development of Super Sonic Transport planes that they feared would harm the ozone layer.  Congressman Silvio O. Conte’s Massachusetts districts had factories that would help build the SSTs and he brought up McDonald’s belief in “little green men” as means to discredit his testimony.  Conte derided McDonald and laughter from some of the congressmen present added to his humiliation.

McDonald’s wife, Betsy asked for a divorce in March of 1971 and the following April he shot himself in the head.  He survived but was blinded and found himself recovering in a psychiatric hospital.  In June he checked himself out, contrary to medical advice, and was found dead from another gunshot wound along with a .38 and a suicide note on June 13, 1971.

In the relatively short time that McDonald was a researcher, he compiled a great deal of material.  His UFO research papers from 1958 to 1971 and interviews between 1967 and 1968 recorded onto reel-to-reel tapes are housed in the Special Collections of the University of Arizona Library.  In addition there are UFO photos, papers, correspondence and photocopies of 580 Project Blue Book reports that he had access to during his work with ONR.  To give an idea of how extensive his recorded interviews were, they were digitized and stored on 110 CDs.  All this, in addition to his work as an atmospheric physicist, remains a valuable legacy for students now and students to come.