Let’s imagine that you’re a young person with a passionate interest in UFOs. You’ve devoted a lot of time to study and research and have developed some expertise and maybe even a specialty.  Now it’s time to get out of your parents’ house and into your own apartment.  You need to find a job and you’re determined to follow your bliss so, where do you look? 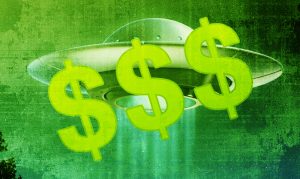 Backing up a little to UFO study, you can actually get a PhD in UFOlogy online from The Institute of Metaphysical Humanistic Science for as low as $1325.  Will this help you?  Probably not, but being able to put “Dr.” in front of your name for that price is pretty cool.  IMHS suggests that a degree in UFOlogy “is excellent for students who desire to conduct paranormal and/or UFO investigations and research, start and lead a paranormal investigation team, write books on paranormal topics, present lectures and talks in the paranormal field, and more.”  Let’s take this statement, look at each suggestion separately and examine the individual income potential.

In order to make money conducting UFO investigations and research you need to be involved with an organization that will pay you.  MUFON, with a membership of over 4000 people paying yearly membership fees from a minimum of $59.88 to as much as $299.88, does not pay their investigators and neither do any of the other investigative organizations.  In fact, you can’t be a MUFON investigator without being a member, so you pay them.  You could get paid doing clerical work but not as an investigator.  The only guaranteed way to get paid as an investigator/researcher would be to join an Air Force with an active UFO program (four exist in South America) or find your way into a DoD black program.

Writing a book seems doable.  You can do it in your spare time and self-publishing is easier than it ever was.  If you can manage to get yourself a publishing deal you’ll be set, right?  Let’s look at the numbers.  As a first time author expect an advance of between $4000-$5000 which is money that you pay back if you don’t sell any books.

You’ll get royalties of between 10-15% and that can be either based on the list price or the profit.  So, if you get a good deal with a $5000 advance and are getting 15% of the list for a book priced at $20 you’ll need to sell 1667 books before you can collect royalties.  Given that an average book sells 250-350 copies in its first year and 3000 in its lifetime (Publishers Weekly, 2006) that could be tough.  Admittedly, those are old numbers but with the publishing industry being what it is today, those numbers probably haven’t gone up. 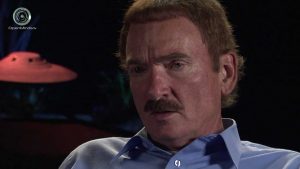 Now we’re left with lectures.  There are conferences and festivals all over the world!  Surely this is where the money is.  A responder to the question, “How much can a guest speaker get on average at a UFO conference?” posted on reddit mentions Linda Moulton Howe, a high profile researcher, and states that she asked a fee of $1000 to speak at a state conference and that the planners were able to talk her down.  Martin Willis (our host) mentioned in an email that Travis Walton, another high profile figure in UFOlogy circles, “says he gets paid a little here and there, but likes speaking since he retired. One place I met him, he paid for his own air fare.”

What about the promoters?  After reaching out to conference organizers, I got a response from Cindy duPont, Assistant State Director for South Carolina MUFON.  She wrote, “Given the countless variables of speaker honorariums, travel/lodging/food/transportation expenses/promotion required, I would have to respond …NO…putting on UFO events would not be profitable.”  Lest you be completely discouraged she went on to write, “There are currently several nationwide events held yearly that are relatively successful…but only after years of painful growth.”  Websites devoted to conference planning in general indicate that breaking even is a good outcome and this is confirmed by Nancy Vernon, General Manager of Ozark Mountain Publishing.  They put on the Ozark Mountain UFO Conference and she writes, “Speaking from the sponsor side, the side that puts on the conference, trying to break even is always the goal if possible.”

But there are people who do make a living in UFOlogy so, how do they do it?  It seems they do it through a combination of incomes.  If you write a book, you promote it by speaking and if you get enough of a profile you may be able to make some appearances on television or even host a radio show.  If you have a website, you can monetize it with ads and offer merchandise.  Youtube is another way to go or you could get into documentary filmmaking (which has its own learning curve and high overhead) and sell to networks like the History Channel.  It is here that we come up against the dark side of the business and where people in this field are faced with a moral dilemma; besides being a subject of passionate research for many of us, UFOs are entertainment and in entertainment, what sells is what matters.

The number one selling UFO book on amazon is currently the 50th anniversary edition of “Chariots of the Gods” by “researcher”, Erich von Däniken.  A YouTube channel, which posts highly dubious videos of “alien craft”, at one point made a reported $745/day for its host.  One of the UFO events that is “relatively successful” is Contact in the Desert with attendees in the thousands.  Their 2019 star speakers include von Däniken and Giorgio A. Tsoukalis.  Unfortunately you will see some speakers you might have felt were worthy of respect mixed in with those that are somewhat spurious.  It seems that making an honest living as a diligent, ethical researcher is quite difficult and the temptation to go for the easier money made by the sensationalists is hard to resist.

There are many people out there who haven’t resisted and that makes it hard to argue against the claim that people are into UFOs for the money.  I think the proper defense is to champion those who make an honest living and those who give up their free time and own money in their pursuit and point out the differences between them and the hucksters.  I think it’s also important that the diligent separate themselves from the spurious by refusing to appear with them in the same venue.

It’s a tough business and hopefully, hypothetical young researcher, you’ll make choices that won’t leave you with a bad case of cognitive dissonance or shame your parents.  It takes a special person to straddle the line between dissemination of information and entertainment.  I wish you well.