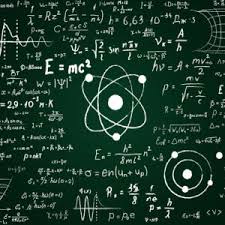 Scientific study of the UFO phenomenon has had a sporadic history for the last 70 plus years for reasons ranging from lack of funding to the fear of the loss of standing within the scientific community.  There have been government funded studies and academics brave enough to research, but politics and rejection out-of–hand by peer reviewed journals have impeded the production of researchable literature that could lend credibility to a subject of study languishing in the realm of pseudoscience.  As a result, many researchers with academic credentials have moved to form their own study groups as a means to research and publish.  While there have been and are some admirable groups out there, what amounts to self-publishing bypasses the review process.  The review process is important in that it demonstrates that an argument has stood scrutiny by disinterested parties.  Work that has not undergone this is the poorer for it.  A solution would be to have reputable scientists, interested in the subject, establish a journal with peer review that publishes the work of outside contributors.  Are there scientists willing to risk their reputations in order to do this?  Apparently there are because a journal exists today that is staffed and supported by scientists with serious cred that was created specifically to give a voice to real research on subjects considered too out there for mainstream science, UFOs included.

The Journal of Scientific Exploration has been published quarterly since 1987 by the Society for Scientific Exploration and is available online and in print.  The Executive Committee, Council, and Officers listings of SSE include some impressive titles and academic affiliations.  SSE also publishes a magazine, Edge Science.  The subjects explored by the Society are mostly paranormal and include UFOs, remote viewing, psychic phenomenon and poltergeists.  In the section defining their “aim and scope” they state, “Topics of interest cover a wide spectrum, ranging from apparent anomalies in well-established disciplines to rogue phenomena that seem to belong to no established discipline, as well as philosophical issues about the connections among disciplines.”  It’s a collection of research and writing on out there subjects by very smart people.

One of the very smart people involved is SSE Council member, President Emeritus
Professor Peter A. Sturrock of the Applied Physics Department at Stanford University.  Sturrock is a noteworthy presence in the field of UFOlogy who is best known as the organizer of the 1997 Pocantico Conference in Tarrytown, New York.  The conference was financed by Laurence Rockefeller and brought a group of scientists together to hear speakers such as Jaques Vallée and Richard Haines discuss the subject of UFOs and challenged them and their peers to seriously consider the subject.  Sturrock has acknowledged that his interest in the UFO subject is often in conflict with his career and the title of his 2009 book, “A Tale of Two Sciences: Memoirs of a Dissident Scientist” aptly describes his position.

The SSE holds a conference every year that is attended by scientists looking for something less mundane than their regular field of study even if it might be ridiculous or unable to withstand scrutiny.  SSE Council members are aware that the subjects they and their contributors look into attract some strange and sometimes crazy people.  Roger Nelson, who was Coordinator of Research at the Princeton Engineering Anomalies Research (PEAR) laboratory from 1980 to 2002 was quoted in a 2005 Time article as saying, “ “What we do is give everyone a respectful hearing. If we think a speaker is doing bad science, we consider it our duty to criticize it. We get our share of lunatics, but they don’t hang around long.”

Criticism of the group and its publications is to be expected but to completely dismiss them is not only unfair but supports the notion that science should stick to boring old materialism.  Wouldn’t you rather someone carefully investigate, for instance, a claim that telepathy can be demonstrated than not have it looked into at all?  Having data to refer to when arguing for or against moves the argument away from being a futile exercise.  But there are some who might prefer that UFOs have their own dedicated journal with a well credentialed staff and that might be a possibility if the present atmosphere of the phenomenon’s acceptance continues.