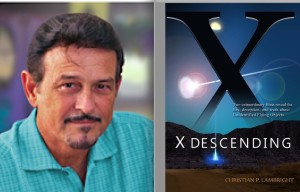 Show Notes: Martin talks to Chris Lambright about his book X-Descending as well as touching on the Paul Bennewitz Case, but in this episode we focus mostly on Ray Stanford’s film and revealing technology. Stay tuned for Part II on the Bennewitz case. Visit: xdeskpublishing.com