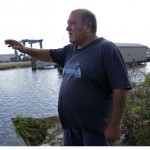 UFO News Roundup and a rare interview with Calvin Parker, of the October 11, 1973 Pascagoula UFO Abduction Incident. Listen in as Calvin describes what he and Charlie Hickson went through and how the event changed his life.

Blog on the incident