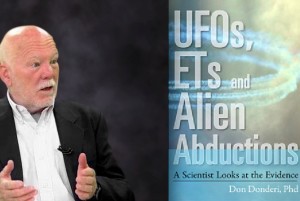 Recorded live with guest Don Donderi, PhD. who discusses his book, UFOs, ETs, and Alien Abductions, and talks about how he, as a scientist looks at the evidence. Check out Don’s book, information and more in the: