Prior to the show, listeners are welcome to post questions for the guest on the forum, or email questions to: martin@podcastufo.com

Charles I. Halt (Born 1940) is a retired United States Air Force Colonel and the former base commander of RAF Bentwaters near Woodbridge, Suffolk. After serving in Vietnam, Japan and Korea, he was assigned to Bentwaters as deputy commander. The Rendlesham Forest incident of late December 1980 occurred shortly afterwards, and he was an important witness to events on the second night of sightings.

In the late hours of December 27th and early December 28th 1980, then Lieutenant Colonel Halt led a patrol to investigate an alleged UFO landing site near the eastern edge of Rendlesham Forest. During this investigation they witnessed several unidentified lights, most prominent of them being a bright flashing light in the direction of Orford Ness. In January 1981 Halt composed an official Air Force memorandum listing details of the events. The memo was then dispatched to the Ministry of Defence. Colonel Halt also made an audio tape recording whilst the incident was actually taking place.

After retiring from the US Air Force in 1991, Colonel Halt made his first public appearance in a television documentary, where he confirmed the authenticity of the Rendlesham Forest incident.

Charles Halt now shares his amazing story around the world and has visited the location (Woodbridge) on many occasions to talk about the incident in depth and to answer questions from the public. 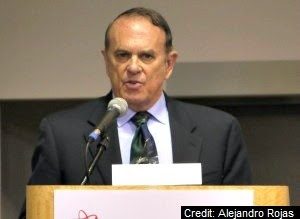 He is also good friends with John Hanson & Dawn Holloway who are the authors of the ‘Haunted Skies’ Encyclopaedias. A multi volume, immense collection of confirmed UFO sightings and in depth information. Volume 8 dedicates itself to the Rendlesham Forest incident with direct input from Charles Halt himself. These books are available to buy via the Haunted Skies website.

There are many believers as well as sceptics to Charles Halt’s story, but he has always shown professionalism, calmness and his story has never wavered since that day back in 1980.