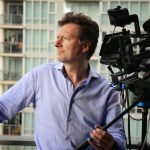 Subscribe to our full two-hour shows for two dollars per month or more.  Alejandro Rojas with UFO Updates, guest, Charles Lamoureux discusses his film, “Nocturnal Lights”, how he became interested in the UFO topic, and his infrared filming of many unexplained objects as well as an unusual blue orb encounter.

Alejandro Rojas with UFO Updates, guest, Charles Lamoureux discusses his film, “Nocturnal Lights”. Would anyone ever ask ‘Do you believe in airplanes ?’ Of course not! Just like airplanes, UFOs exist, and for one good reason: people sometimes see things in the sky that they cannot identify. Hence the phrase ‘Unidentified Flying Object.’

Bio: Charles Lamoureux , Born and raised in the heart of the Canadian prairies, Winnipeg Manitoba. I grew up in small francophone community in central Winnipeg called St Boniface. I graduated from a hospital nursing program at the age of 21 and I decided to leave my home and travel the world. I worked as a critical care nurse in 5 different countries when I joined a traveling nurse organization and had the opportunity to work in 30 hospitals over 14 year period. Over a decade later I decided to move back to Canada and relocate to one of the most beautiful cities in the world ,Vancouver BC. I became very interested in UFOlogy later in my life while living in the Pacific Northwest where I first witnessed a object I can only call a UFO.. This experience changed me from skeptic to believer in a very short period of time and the realization these unknown objects in our skies should not be there. A couple years later and after a large investment in video and night vision technology, I began filming variety different objects in the night sky all from the comfort of my home overlooking downtown Vancouver. Today I work as a medical consultant for large medical device company
After 8 years of watching the skies I know today people need to know about the phenomena and learn to see them for themselves. I have been very fortunate to be a part of this endeavor to uncover the truth behind the UFO/UAP phenomena.