Subscribe to full shows for $2 or more per month or yearly subscriptions starting at $15   Alejandro Rojas with UFO Updates, Stephen Bassett discusses a new venture for a few minutes, then guests Jennifer Stein & Peter Robbins first discuss their personal UFO sightings, then discuss their documentary: James Forrestal – His Extraordinary Life and Suspicious Death, they get into their ideas on what was his downfall, was it that he knew too much about UFOs pertaining to national security?  Check out the video here 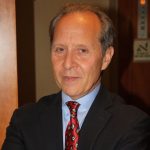 Alejandro Rojas with UFO Updates, guest Peter Robbins talks about a UFO sighting that changed his life, and about the fascinating Voronezh, (воронеж) Russia encounter of 1989, how times were different, and how media handled it.

News with Alejandro Rojas, check out the stories atÂ OpenMinds.tv

Alejandro Rojas with UFO Updates, guest Peter Robbins discusses Voronezh (Ð²Ð¾Ñ€Ð¾Ð½ÐµÐ¶): A Reevaluation of Russiaâ€™s Best Known Close Encounter Incident, UFO deception: Origins of the UFO Ridicule Factor and much more. Note: Peter will not be discussing anything to do with RAF Bentwaters or people involved with the incident. NOTE: Please check out Peter’s article on the Veronezh Incident at the end of his bio.

Peter Robbins is an investigative writer, author and lecturer best known for his books, columns, articles, radio commentaries, interviews and conference talks He has appeared as a guest on and been consultant to numerous television programs and documentaries.

Peter was born in Queens New York and studied art, design and theater at the University of Bridgeport in Connectucut. He received his BFA (painting, film history) from New York Cityâ€™s School of Visual Arts (SVA) where he also taught painting for a dozen years. He was a member of the art faculties of St. Anns School in Brooklyn Heights, and an Oklahoma Council on the Arts summer program. Following his graduation from SVA, Peter worked on a freighter, then traveled the world for a year. He was studio assistant for the legendary Abstract Expressionist painter Adolph Gotlieb, studio assistant to American primitive painter William Cply (correct spelling), and general assistant to pioneer kinetic light sculptor Stanley Landsman. He also worked as a carpenter, art gallery assistant, punk band manager, copywriter, editor, website director (ufocity.com, 1998-2004), and throughout most of the Eighties was House Manager for New York Cityâ€™s noted Mirror Repertory Company. For eight years he served as a crisis intervention volunteer and shift supervisor with Samaritans International New York office. Robbins is an experienced New York City walking touring guide and an accomplished photographer. He is co-author of the British bestseller, Left at East Gate: A First-Hand Account of the Rendlesham Forest UFO Incident, Its Cover-Up and Investigation, and author of Deliberate Deception: A Case of Disinformation in the UFO Research Community, and Halt In Woodbridge: An Air Force Colonelâ€™s Thirty-Year Fight to Silence an Authentic UFO Whistle-Blower.

Show Notes: Martin interviews a co-author of Left at East Gate, Peter Robbins about an early suppressed sighting and life’s fork in the road it led him on. He speaks of working with Larry Warren and his longtime friendship with Budd Hopkins, as well as the time and effort he put into investigating the Rendlesham Forest Incident.