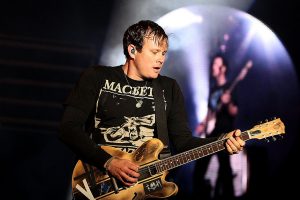 When people in the UFO community refer to To The Stars Academy founder, Tom DeLonge, more often than not, the words, “rock star” precede his name.  This seems to serve the purpose of distinguishing him from “normal” UFOlogists but the truth is that he is but one of many rock musicians who have had or have a serious interest in the subject.  What’s unusual about DeLonge is that he has managed to gather the highly credentialed people he has staffing TTSA and that his group has stormed to the forefront of the field overshadowing other long existing research organizations.  For a “rock star” to manage this he has to overcome the big issue all UFOlogists are concerned with and that is credibility.  If a witness was drunk or on drugs during a sighting, a case will most likely be dismissed by an investigator.  As many rockers throughout history have been notorious for their often, extreme indulgence, well, you get the idea of what DeLonge is up against. 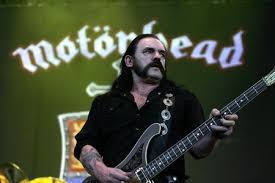 Going back to the beginning of rock and roll, founding father, Elvis Presley was a believer and a witness according to his hairdresser/spiritual advisor, Larry Geller.  Among Geller’s claims is that at Elvis’ nativity, his father saw a strange blue light in the sky and knew something special was happening.  Geller also claimed that Elvis was telepathically contacted by aliens at eight years of age and shown his future as the King of Rock and Roll.  Rockers who were witnesses and spoke for themselves include: John Lennon, who, along with his girlfriend, May Pang, saw a craft with a dazzling display of lights in 1974 over a New York apartment building, Jimi Hendrix, who witnessed a UFO in the State of Washington with his brother, Leon, Lemmy Kilmister who had a sighting of an object that hovered and then suddenly accelerated to an extreme speed in 1966 and Keith Richards who not only claimed sightings but was convinced his estate was a UFO landing spot.