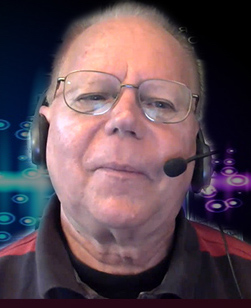 ROB SHELSKY is an avid and eclectic writer, and averages about 4,000 words a day. Rob, with a degree in science, has appeared on numerous radio shows, and just has finished his film shoot for a new television series coming on the Travel Channel. Rob was an on-camera expert for the show.

With regard to radio shows, Rob has been interviewed on over 100 such programs, including three times on George Noory’s Coast-To-Coast AM Radio Show, House of Mystery, three times on Art Bell’s Midnight In The Desert, The Kingdom of Nye, Beyond The Veil, The Kevin Cook Show, and many others.

Rob has often and over a long period explored the alien and UFO question and has made investigative trips to research such UFO hotspot areas as Pine Bush, New York, Gulf Breeze, Florida, and other such regions, including Brown Mountain, North Carolina, known, for the infamous “Brown Mountain Lights, as well as investigating numerous places known for paranormal activity. He has traveled abroad to do this, as well, as with traveling to sites in the United Kingdom, and other countries where UFOs have been reported. Rob was a member of MUFON, and a Field Investigator for this group. Rob has written articles for the former AlienSkin Magazine as a resident columnist there, as well as for other magazines, such as Doorways, Midnight Street (U.K.), Internet Review of Science Fiction (IROSF), and many others. While at AlienSkin Magazine, a resident investigative columnist there for about seven years, Rob explored and wrote articles about the paranormal, as well as UFOs.

With over 20 years of such research and investigative efforts behind him, Researcher and Author Rob Shelsky is well qualified in the subject of the paranormal. Rob Shelsky tends to be the skeptic, and insists upon being able to “kick the tires” of a UFO, to ascertain their reality. He is, as well, a theorist, constantly coming up with possible explanations for such phenomena. Rob asks the hard questions others seem to avoid. He looks for hard evidence. Often, he comes up with convincing answers.