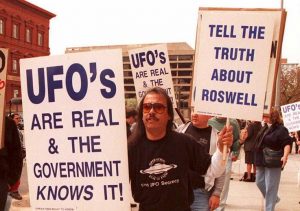 By definition a UFOlogist is a person who studies UFOs.  Well, how does one do that?  If you think about it academically, it’s a very broad field with many possibilities for specialization utilizing many different disciplines.  Say you’re looking at the question: “Are UFOs physical craft piloted by non-terrestrial biological entities?”  Any attempt at answering that question requires knowledge of astronomy, astrophysics, theoretical physics, engineering and biology.  How far back in time do UFO reports go and what has been reported?  To answer that you need to study history.  Are some sightings lights, caused by earthquakes?  That’s geology.  Abduction?  Psychology and sociology have been extensively used regarding this subject.  Ancient alien theorists bring in the discipline of archaeology (most of them rather undisciplined, I’m afraid) and if you specialize in crop circles, knowledge of botany couldn’t hurt.

Obviously the above are way too many disciplines for any one person to master.  A thorough, scientific investigation into the subject would require a collective effort and there are organizations presently using this approach. Recent groups include the Scientific Coalition for Ufology, a “think tank” that has just released a 270 page report on the Nimitz incident and To The Stars Academy, devoted to scientific investigation and possible real world application of exotic technology.  Surely it’s just a matter of time before we have some real answers.  Or, maybe not.

END_OF_DOCUMENT_TOKEN_TO_BE_REPLACED 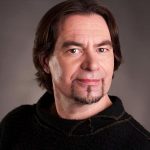 I am a fan of John Keel.  For those of you who don’t know, he is best known as the author of, “The Mothman Prophecies”, a book that centers around strange events that occurred in Point Pleasant, West Virginia during a thirteen month period between 1966 and 1967.  These included sightings of UFOs, Men in Black and a humanoid with wings that was dubbed “The Mothman” by the press.  These events have a similarity, in terms of what is now called, “high strangeness” by modern Ufologists, to more recent events reported at a ranch in Nevada known as, “The Skinwalker Ranch.”

Keel called himself a Fortean, which meant that he was a collector of strange stories reported in the press and historical documents.  The title comes from one Charles Fort, one of the earliest investigators of the odd and paranormal, who’s 1919 book, “The Book of the Damned” inspired a large and still enduring following.  Though Keel spent a great deal of effort investigating the UFO question and trying to make sense of it, he was interested in all things strange and distanced himself from those solely involved in UFO research.

What first set Keel apart from other researchers was his conclusion that UFOs were not physical craft guided by extraterrestrials, a view known as the “nuts and bolts” philosophy, but that they were merely one sort of manifestation, among all the other oddities, that had its cause in what he termed, “ultra-terrestrials”, which he considered to be possibly inter-dimensional beings that have been with human kind throughout our history.  He speculated that these entities have the ability to not only mess with our perception of reality but mess with reality itself and actually alter space, time, and material objects.  He was among the first to consider this idea and was followed by such renowned researchers as Dr. Jaques Vallé and Dr. J. Allen Hynek who came to the same conclusion, independently, several years later.

END_OF_DOCUMENT_TOKEN_TO_BE_REPLACED 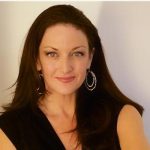 Alejandro Rojas with the UFO Updates, and guest Erica Lukes discusses the Skinwalker Ranch with all the strange unexplainable phenomena and UFOs in her home state. SUPPORT THE SHOW to listen to hour two as she discusses her disenchantment with MUFON, and what good UFO investigating should be and much more.

Erica Lukes will talk about Skinwalker Ranch and a lot more. Erica Lukes became interested in the subject of UFOs at the age of 6, when she picked up her first book on UFOs. She has spent the last 25 years studying the phenomenon with her interest focused on abduction research. Dr. John Mack, Budd Hopkins, Kathleen Marden and Dr. Frank Salisbury have been an inspiration to her. 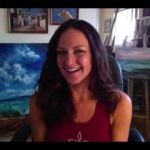 Alejandro Rojas with the news, guest Erica Lukes joins us to talk about the Ham Radio/American Airlines Case, as well as other interesting Utah cases including orange orbs, what it was like as a MUFON State Director, and what she is up to now. Listen to her shows on Friday evenings at: KCOR/UFO-Classified-Hosted-by-Erica-Lukes