Subscribe to our full two-hour shows for two dollars per month or more. Alejandro Rojas with UFO Updates, guest Paul Carr, is back after several years and discusses his own sightings, what is new with Aerial Phenomenon Investigations, including some very interesting reports, the UFO community and more.

If it wasn’t for my interest in UFOs, I would know nothing about the Freedom of Information Act (F.O.I.A.) or even that it existed.  This is a little embarrassing to admit but I bet it’s true for a lot of our citizenry.  In fact, it wasn’t until I started researching for this blog that I was aware of how old the act is.  It seems like such a modern concept.

Way back in 1955 (the year that the Air Force released Project Blue Book Special report #14), Democratic Congressman, John Moss, began to seek support for the bill and it took more than ten years to get it passed.  The problem was with finding Republican co-sponsors but he eventually received the support of Representative, Donald Rumsfeld.  The bill faced strong opposition from federal agencies who would be directly affected and President Johnson (we’re a few years away from 1955) but it was passed, by both the Senate and the House, with a 307-0 vote in the House.  Johnson signed the bill without holding a public event and on July 4th 1966, he issued a signing statement.

Committees were created, namely, the Special Government Information Subcommittee and the Foreign Operations and Government Subcommittee, both chaired by Moss, and they took on the daunting task of assessing what documents, out of the tons of paper generated yearly, should be released.  Two UFO organizations to first contact F.O.G.I. were Flying Saucers International and the National Investigations Committee on Aerial Phenomena.  However, for the most part, UFO researchers of the day didn’t make much use of the act.

For a researcher or journalist, the act was not as effective as would have been hoped.  Johnson focused on national security exemptions and its open interpretation and effectively de-clawed and de-fanged the act.  It wasn’t until Watergate that Congress would be motivated to amend the act, adding time limits, sanctions for wrongful withholding and the waiving of fees for journalists and those working in the public interest.  It was up to President Ford to sign it but Rumsfeld, Chief of Staff, and Antonin Scalia, head of the Office of Legal Council, urged Ford to veto the bill.  However, the House and the Senate weren’t in the mood after dealing with Nixon and overrode Ford’s veto. END_OF_DOCUMENT_TOKEN_TO_BE_REPLACED

to our full two-hour shows for two dollars per month or more. Alejandro Rojas with UFO Updates, Robert Powell is back to talk about being part of an extensive report that the Scientific Coalition for Ufology (SCU) wrote on the USS Nimitz Encounter, we take several calls and in hour two, he discusses triangle UFOs and more. 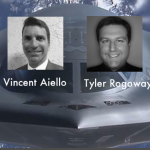 BONUS FULL SHOW Alejandro Rojas with UFO Updates, commercial airline pilot, former Navy Fighter Pilot, Vincent Aiello (Fighter Pilot Podcast) in the first hour to talk his experience on the USS Nimitz during the 2004 encounter, his recent interview with friend, David Fravor, how most aviators view the UFO topic, and more. Hour two we have military aviation correspondent, Tyler Rogoway who has been the first to report on some recent UFO commercial airline encounters on The Drive/War Zone. Subscribe to our full two-hour shows for two dollars per month or more.

Subscribe to our full two-hour shows for two dollars per month or more.  Alejandro Rojas with UFO Updates, our guest Terry Lovelace, a former Assistant Attorney General discusses an an amazing UFO incident in 1977 at Devil’s Den Park in Arkansas, and strange things that followed, and a possible implant discovered accidentally on X-Ray and much more.

Subscribe to our full two-hour shows for two dollars per month or more. Alejandro Rojas with UFO Updates, guest Scott Deschaine discuses The Living Sky, could some UFOs be organic living creatures? Our atmosphere is 5 million times more in volume than the oceans, could they be supporting life we are unaware of, yet sometimes see? 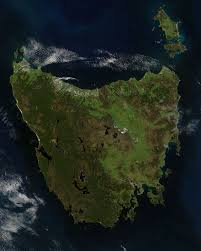 I live in a relatively remote part of Australia, on the island State of Tasmania. It’s a beautiful place; quiet, slow, affordable, and tourism driven. Recent attractions have put us on the world map in the form of the Mona museum of old and new art -Steve Walsh the eccentric millionaire has transformed Hobart into a hub of art and culture and the sometimes shocking! We have always been a bit of an arty place, with lots of great eateries and picturesque places to visit. That said, it seems to have taken a big leap forward in recent years. That has nothing to do with the UFO field, simply setting the scene of my environment and the space I’m writing in. I sit in a nice funky café in Salamanca Place tapping away on my keyboard, people saunter by in their own world and ignorance of sorts – I mean that with sincerity, because let’s face it, the world is busy and fast these days.

Our population of just 520,000 is spoilt, often ignorant of its beauty and simplicity. I’ve lived here all my life, never travelled much and I am what an average person would call a bit of a UFO nut. People in the field of UFO’s don’t really pigeon hole that way, but there are of course the nuts. I’m an enthusiastic sceptic who enjoys all there is on the subject. I am what you could call a believer of sorts! With recent changes in my life, I’ve re-evaluated everything I’ve done, andaccomplished, and thought more about what I wish to do with my life and my time moving forward. The one thing that pops to the top of the list, is my interest in UFO’s. So here I am, I’mdipping my toes in and seeing where this road may lead me. It’s safe to say I’m super excited about it. Martin was kind enough to offer to post my blog on his Podcast UFO site, obviously if it’s worth reading! I’ve also approached a local newspaper to see if a small column would be possible… fingers crossed! Not interested in being remunerated, just happy if someone is interested enough to read and hear what I have to say…. who knows I may even convert a few to the field. Just trying to play my part in the network of people pushing this thing forward. There’s a lot happening right now, its seriously exciting!

END_OF_DOCUMENT_TOKEN_TO_BE_REPLACED

to our full two-hour shows for two dollars per month or more. Alejandro Rojas with UFO Updates, guest Fraser Cain is the publisher of Universe Today and a co-host of an entertaining and very informative podcast, Astronomy Cast with co-host Dr Pamela Gay. We discuss Fraser’s thoughts on UFOs (not aliens) as well as what is going on in recent space news and much more.   https://www.universetoday.com/
http://www.astronomycast.com/

Subscribe to our full two-hour shows for two dollars per month or more. FREE SHOWS ARE NOW 25 MINS. Alejandro Rojas with UFO Updates, and guest Chris Cogswell discusses the Philosophy and science of UFOs as well as fringe claims, MUFON & More. A very enjoyable guest!