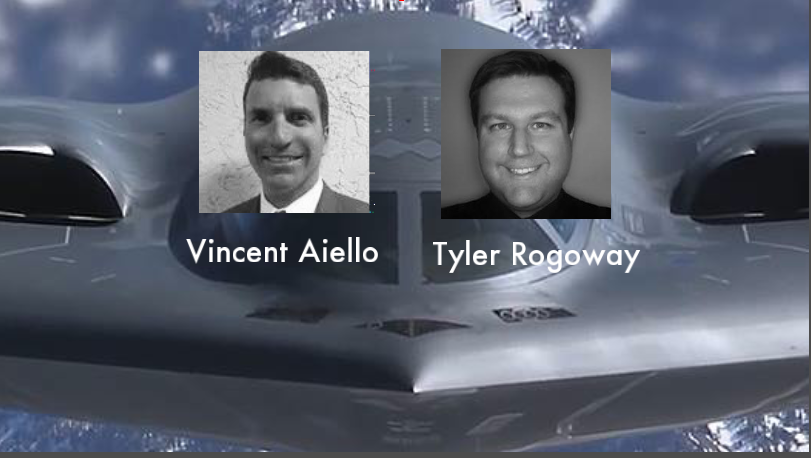 Vincent Aiello: Vincent became enamored with aviation while attending an airshow at the age of 8. After high school he attended UCLA and participated in the NROTC program. Upon graduation he was commissioned into the United States Navy and was selected for pilot training. Vincent spent nearly 25 years in service flying mainly the F/A-18 Hornet and Super Hornet but also the F-16 Fighting Falcon during an adversary tour. He accrued over 3,800 flight hours and 705 carrier landings, having served as a TOPGUN instructor and air wing operations officer. Source: https://www.fighterpilotpodcast.com/team/vincent-aiello/

Tyler Rogoway: Tyler has been obsessed with all things aviation and military as long as he can remember. He went on to develop the defense-oriented website Foxtrot Alpha and can often be found with a camera around his neck, photographing aircraft and weaponry. Source: http://www.thedrive.com/team