BONUS FULL SHOW: Alejandro & Martin give tribute to the iconic Stanton Friedman, 1934-2019, then guests Gordon Lore & Barry Greenwood discuss their longtime UFO research, the history of UFOs and Gordon’s latest book, Flying Saucers from Beyond the Earth, a few historic cases and more. Subscribe to our full two-hour shows for two dollars per month or more.

BONUS FULL SHOW: Stanton Friedman is retiring after decades of great work in the UFO field and Martin travel to New Brunswick to do a face to face interview to thank him and wish him well. Callers start after the first 45 minutes.  Subscribe to our full two-hour shows for two dollars per month or more. FREE SHOWS ARE NORMALLY 25 MINS.

Click here for the UFO Footage Dean Alioto is showing at the table. 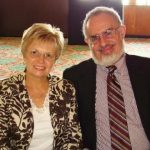 Subscribe to our full two-hour shows for two dollars per month or more. Stanton Friedman along with Kathleen Marden discusses their thoughts on the Pentagon’s Secret UFO search, what this means and where do we go from here. We take some calls and in hour two we discuss some never before talked about family dynamics when it came to Betty & Barney Hill going public. Happy New Year, and thanks for supporting the show. May 2018 be a healthy, happy and prosperous year for you! 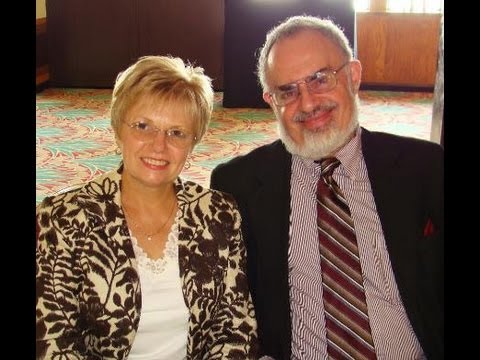 Stan Friedman with Kathleen Marden weigh in on the Pentagon’s Secret UFO Search, including the latest updates. In hour two, they will discuss the Betty & Barney Hill case.

Bio: Nuclear Physicist-Lecturer Stanton T. Friedman received his BSc. and MSc. Degrees in physics from the University of Chicago in 1955 and 1956. He was employed for 14 years as a nuclear physicist by such companies as GE, GM, Westinghouse, TRW Systems, Aerojet General Nucleonics, and McDonnell Douglas working in such highly advanced, classified, eventually cancelled programs as nuclear aircraft, fission and fusion rockets, and various compact nuclear powerplants for space and terrestrial applications.

He became interested in UFOs in 1958, and since 1967 has lectured about them at more than 600 colleges and 100 professional groups in 50 U.S. states, 10 Canadian provinces and 18 other countries in addition to various nuclear consulting efforts. He has published more than 90 UFO papers and has appeared on hundreds of radio and TV programs including on Larry King in 2007 and twice in 2008, and many documentaries. He is the original civilian investigator of the Roswell Incident and co-authored Crash at Corona: The Definitive Study of the Roswell Incident. And more, source: http://www.stantonfriedman.com/index.php?ptp=stans_bio

Bio: Kathleen Marden is a leading researcher of contact with nonhuman intelligence, an author, and lecturer. Her educational background in the social sciences has shaped her interest in scientific ufology. Extensive research and investigation into alien abduction has convinced her that some abductions are real.

END_OF_DOCUMENT_TOKEN_TO_BE_REPLACED 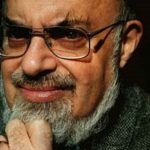 Alejandro Rojas live with UFO Updates, Stan Friedman talks about Roswell’s 70th, and what it was like being the first civilian investigator for the best known alleged UFO crash of all time. Stan also discusses other UFO cases, technologies, secret government programs, and much more.

Nuclear Physicist-Lecturer Stanton T. Friedman received his BSc. and MSc. Degrees in physics from the University of Chicago in 1955 and 1956. He was employed for 14 years as a nuclear physicist by such companies as GE, GM, Westinghouse, TRW Systems, Aerojet General Nucleonics, and McDonnell Douglas working in such highly advanced, classified, eventually cancelled programs as nuclear aircraft, fission and fusion rockets, and various compact nuclear powerplants for space and terrestrial applications.

END_OF_DOCUMENT_TOKEN_TO_BE_REPLACED 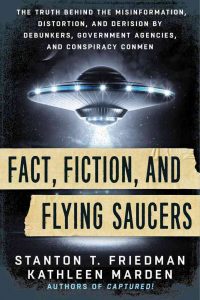 Fact, Fiction, and Flying Saucers: The Truth Behind the Misinformation, Distortion, and Derision by Debunkers, Government Agencies, and Conspiracy Conmen

There is a clear conspiracy to deny the existence of UFOs.
The mainstream media has misinformed us for years about UFO studies conducted by highly regarded scientists associated with some of the finest universities in the country. There is significant evidence that the U.S. government has covered up the alien presence through misinformation, distortion, obfuscation, and ridicule. Some prominent, politically connected scientists have engaged in the cover up. And a few professional writers have helped to successfully label any scientists who have been persuaded by the evidence and brave enough to take a stand as unscientific charlatans, fanatics, and kooks. 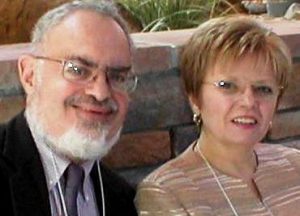 “Fact, Fiction, and Flying Saucers” examines the wealth of archival documents that clearly demonstrate this cooperative disinformation effort and refute the false claims made by these professional scoffers. Friedman and Marden set the record straight by examining politically motivated misinformation and presenting the compelling evidence that separates fact from fiction. They reveal:
The most compelling UFO evidence, including a variety of large-scale scientific studies.
The current state of UFOlogy and what the future holds.
The media s role in disclosure and denial.
The government scientists whose job it is to deny.
The Air Force, FBI, CIA, and NSA s involvement.” 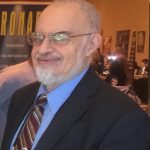 Randall Nickerson talks about Ariel Phenomenon, and Martin discusses his recent MJ-12 document find in an ex-CIA’s estate papers with guest Stan Friedman. Stan talks about his intense MJ-12 research starting in 1984, mysteries and coincidences or not revealed and a lot more. Stan’s website:stantonfriedman.com. You can hear full shows and archives for as little as $2 per month, click here. 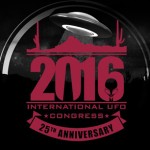 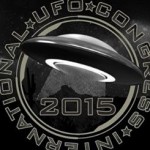 Live in Phoenix, Arizona at the UFO Congress, round robin, Ryan Sprague, Robert Farrell, Alejandro Rojas, Linda Zimmermann, Kathleen Marden, Stanton Friedman, and Travis Walton, don’t forget George in the audience. We all talk about the state of UFOlogy, Bob Lazar, and Kathy Marden talks about her family’s abduction experience. The UFO Congress is hosted by Open Minds and takes place every February in Phoenix Arizona.

A rather awkward UFO news Roundup, and an interview with Stanton T. Friedman in Portland, Maine. Stan talks about subjects such as the recent CIA’s coming out of the Area 51 closet, Roswell and more. Check out: www.stantonfriedman.com